فقط اضغط على الرابط سيتم التحميل المباشر
the birth of a star
Henry is an
astronomer. He is very excited because he thinks he might have
discovered the beginning of a new star. But then he gets even more
exciting news ... he's going to be a father!


the great leonino and ringo the clown
The
rivalry and jealousy between two circus performers makes one of them
plot against the other. However, his plan goes terribly wrong.

in my father's footsteps

Today was a
pilgrimage. Today – for Andy – was a day like going to Rome, or sick
people to Lourdes, or the people walking to Santiago de Compostela, or
even Mecca. But Andy is a different type of pilgrim ..

the middlesbury star
Middlesbury was a
town that was as boring as its name. That’s what Joe thought, anyway,
and he had lived there for 12 years, all of his life in fact, so he was
an expert on Middlesbury. And it was boring. The place was so boring
that it didn’t even have its own newspaper, said Joe. 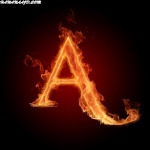 Alays remember the greatness of Allah