The dollar got off to a calm start on Monday following a choppy end to last week, while disappointing trade figures out of China barely dented an already defensive Australian dollar. 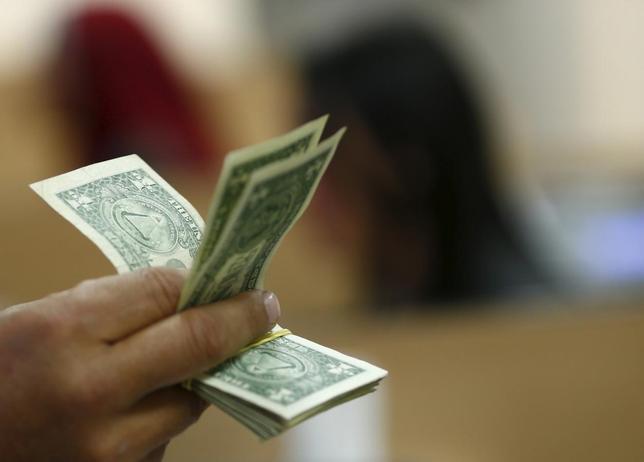 The dollar initially fell on Friday after headline payrolls data showed the U.S. economy added the fewest jobs in seven months in April.
But the market was quick to reverse positions on closer look at the numbers, which showed an encouraging pick-up in annual wage growth.

All that left the dollar back at, or slightly firmer than, levels seen prior to the closely watched payrolls report.

"This week we have April retail sales on Friday, and we anticipate some further modest strength in the USD as leading Q2 economic data improves."

In contrast, trade figures out of China on Sunday were clearly disappointing. Both exports and imports fell more than expected last month, underlining weak demand at home and abroad and dimming hopes of a recovery in the economy.

Yet the Australian dollar, often used as a liquid proxy for China plays, managed to shrug off the data.

The Aussie had already been heavily sold off after the Reserve Bank of Australia (RBA) last Friday slashed its inflation forecasts, prompting markets to fully price in another cut in interest rates this year.

The Aussie dropped more than 3 percent - its second worst weekly performance this year, reaching a two-month trough of $0.7338. It last traded at $0.7375.

News of Canada's most destructive wildfire in recent memory unsettled the loonie first thing on Monday.

Oil prices though rallied more than 2 percent as supply outages persisted from the wildfires that have shut half of Canada's vast oil sands capacity.